There are plenty of taxis in Doha. They are easily identifiable as all official taxis are coloured a pale blue. 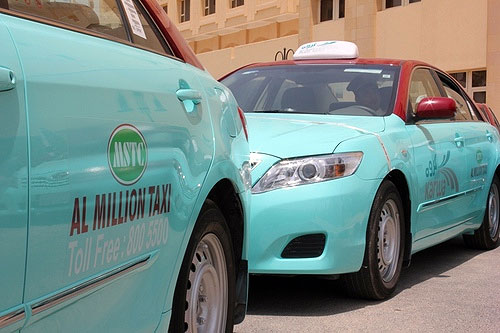 We’ve never had any problem getting taxis, and if you do, there are always the unofficial taxis who ply the streets or wait outside the shopping malls.

If you’re walking along the street or standing at the roadside, cars will frequently stop to see it you are looking for a ride. Fares are negotiable, and whilst a little bit more that the official taxis, there are a convenient way to get around. Many people have their own favourite drivers who they will phone when they need a ride.

Official taxis can be hailed by the roadside or from taxi ranks. In general the drivers are fine at getting you to the well visited locations, though they often need directions to find out of the way places.

Taxis are metered and the journey starts at 4QAR or about 70p. There are two tariffs, one for inside the city and a higher rate for outside the city. A largish number of drivers will opt for the ‘outside’ tariff even when the journey is local. You can tell this by the letter ‘O’ after the price on the meter instead of ‘I’. 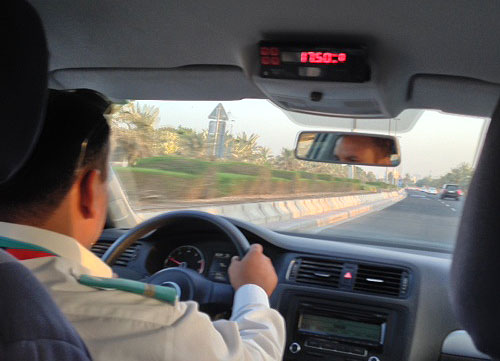 So many journeys start with me telling the driver that they have set it at ‘outside’ and not ‘inside’. They don’t even feign surprise but switch it to ‘inside’. Occasionally as happened yesterday, they ignore me and don’t change the meter… ‘no problem’ said the driver. When we arrived I told him I was only paying what I’d paid for the fare on the way out. He seemed OK with it even though it was 6QAR less than on the meter.