Yesterday I took a day-return business trip to Dubai. For both legs of the journey, and for the very first time I wasn’t seated in the economy cabin, but way up front in the first class section.

My first class ticket on Qatar Airways entitled me to their premium terminal for departure where complimentary breakfast, spa and other 5 star services were available. I enjoyed a light breakfast before joining the private minibus which took me and the other first class flyers to the aeroplane. The flight was all I expected.

But it was not until the return flight that I really appreciated the comforts of premium travel as the plane was the new Boeing 787 Dreamliner.

Apparently full of innovations, but the one that really excited me was that the windows didn’t have blinds but could be darkened at the push of a button on a touch screen next to the seat or by pressing the area beneath the window. 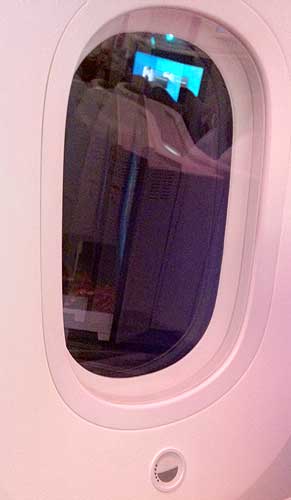 I enjoyed a very edible ‘snack’ selected from a menu… not the economy “do you want the chicken or beef” question.

Air crew were attentive and friendly… I could really get used to this.

In a postscript, newspapers are reporting a number of problems with the Dreamliner.

One thought on “Flying high”