Once every so often the Portsmouth News would run a short story about ‘heartless thieves’ who had stolen charity boxes. These boxes were easy pickings, but probably not very lucrative.

We shop at Carrefour every Friday morning at 8am. The underground car park and the entire shopping mall are almost deserted except for supermarket staff and the early risers like us. 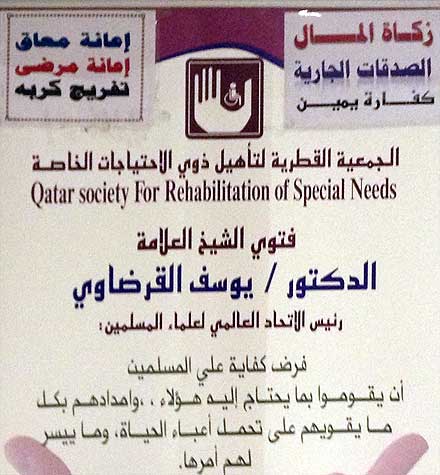 In the lobby where you leave the car park and enter the mall are the lifts, there are a couple of small kiosks, one cutting keys and the other selling balloons. There are also two charity desks…. nobody is manning the desks. 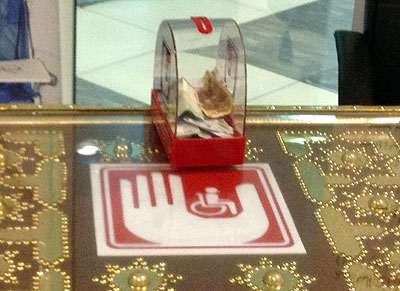 On the desk for the Qatar Society for Rehabilitation of Special Needs is a perspex box containing banknotes. The box is there when we arrive and 45 minutes later it is still there.