Last Friday the MIA Park hosted Flugtag Qatar. The event was organised by the purveyor of a well known energy drink. 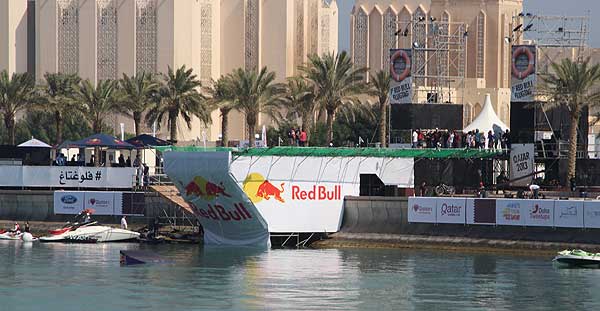 For those of you unaware of the marketing exercise which is ‘Flugtag’, it is built around home-made ‘flying machines’ which are launched off a high ramp. They attempt to fly… the current record is over 70 metres, however most were not built with aerodynamics in mind and plummet vertically. The ramp at MIA Park was over the creek/lagoon adjacent to the museum, with a drop into warm Gulf waters.

I was fortunate enough to have a media pass which got me into a special area close to the ramp (just to the right the photo above). So while most of the estimated 17,000 visitors to the event stood out in the 35C sun, I had a shaded space with armchairs, free food and water and as much of the energy drink I wanted. I limited myself to two cans.

A variety of craft headed up the ramp, and all made a very short journey into the water. Several craft broke apart during the freefall, but all were destroyed on impact with the water. After each attempt, the wreckage was cleared.  We had to wait until after 3pm for our entry to fly. It was built to resemble a spectacular jewelled falcon from the museum collections.

I think the entry was a pretty fair scaled-up replica. 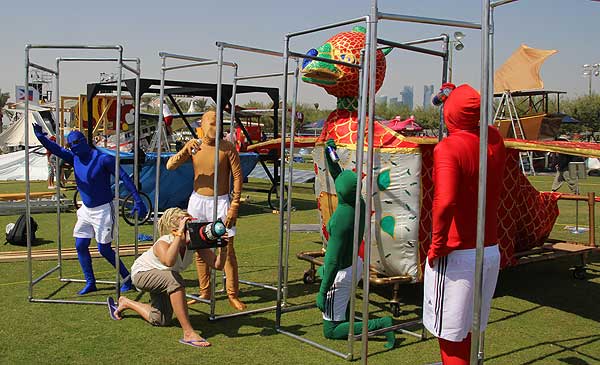 The 5-person team above with the frames which are supposed to imitate museum display cases. 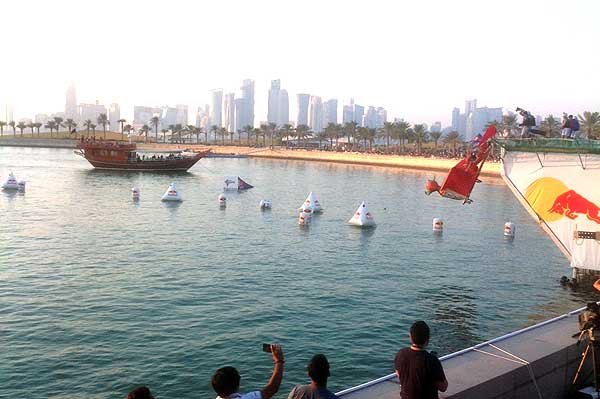 The result was, of course, inevitable.